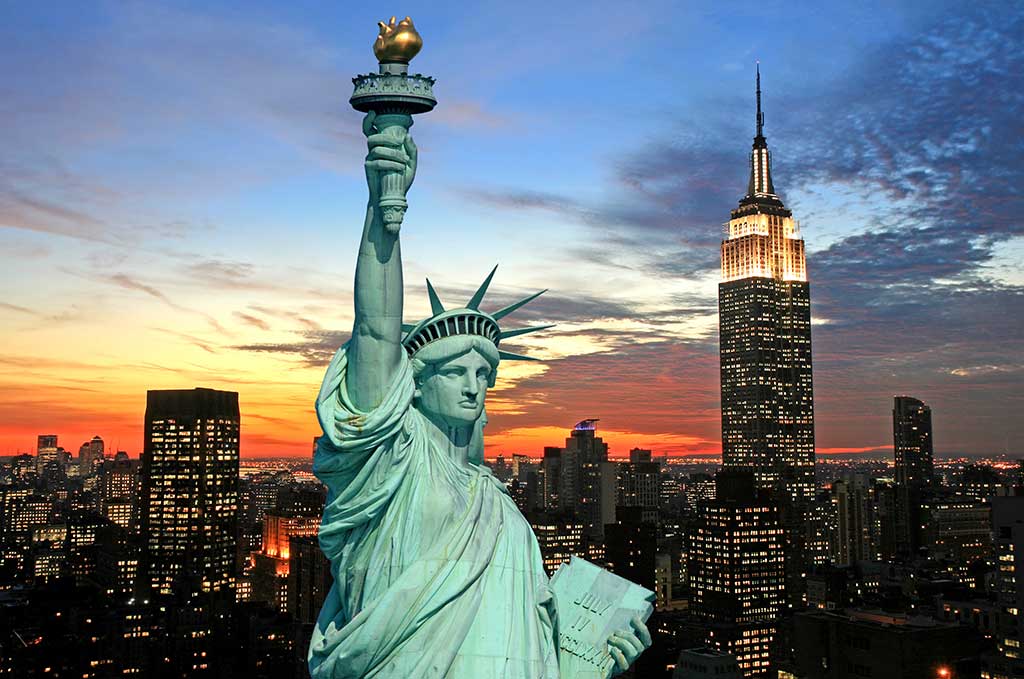 A Portrait of My America

For the last year and half we’ve listened to presidential candidates tell us what they thought we wanted to hear about what they would do for the future of our nation, some with rather drastic and often times scary implications and many that ultimately made Donald Trump our new leader who was just sworn into office this afternoon.

Still, it’s important not only to remember that our own beliefs don’t necessarily fade off into the sunset now that a new president is in office, but even more so that while barely half of the voters supported President Trump in last year’s election, today he became a leader for all of America’s citizens including those who agree with him as well as those who most definitely do not.

Over the next four years there will no doubt be many struggles as our new president’s administration fights for the things that they think are best for the United States of America, so now seemed like as good of a time as any to reiterate the things that *I* find most important and what I personally will continue to keep fighting for over the term of President Trump’s office and beyond…

Environmental Activism
It’s not enough to acknowledge that climate change is a man-made disaster – we need to continue pushing forward to improve our energy efficiency and reduce mankind’s carbon footprint through the expanded utilization of clean, renewable resources. The time is now to divert the billions of dollars spent every year on fossil fuel subsidies to renewable energy to research solutions that will fuel the entire nation from coast to coast.

It also means not sacrificing our natural surroundings for short-term economic gain.

The Importance of Education
Teachers have a thankless job, which has been proven more than ever as they find their relative job security scrutinized and their resources continuously cannibalized by those eager to criticize and privatize such a critical contributor to communal prosperity. Education should be valued in our society because it makes us more productive citizens, more valuable workers, and more effective voters, so we need to start showing this not only by giving our teachers the respect and support that they deserve, but also working together to make their jobs easier.

Also striving to lower the costs of higher education and removing the burden of a lifetime of debt for a college degree is going to be essential if we want to remain competitive through the digital age.

Healthcare For One and All
There’s so much still to improve with the state of healthcare in America from ensuring coverage for all while reducing costs and protecting citizens from unfathomable debt. Ultimately the rest of the free world has already identified single-payer to be the most reasonable solution to remove the profit motive from debilitating healthcare policies, so it’s time for us to catch up and remove the middle men to make America’s healthcare truly representative of our core values as a community – when you’re sick or dying or otherwise in need, we all come together as one to help each other.

Innovate Our Economy
If manufacturing does make a comeback in the US, it’s certainly not going to look anything like it did to our parents and grandparents 50 years ago, and it’s time to acknowledge that. It makes sense to explore new ways that goods can be made here at home simply because shipping everything our society needs from the other side of the world seems inefficient at best, but it’s never going to be the cure-all to replace the millions of jobs that faded away decades ago.

A focus on science and education and innovation is what Americans need to uncover the next industries that will put our country back to work building our future.

Managing Defense Expenses
There’s little denying that America by far spends more than any other country on Earth on its military, but we have to find a balance here because frankly, war is expensive and some would suggest that American involvement overseas has only made political climates worse, not better. Our armed forces can still be the greatest without the United States serving as World Police, and the excess funds could gladly be spent re-engineering our own dilapidated infrastructure back here at home.

Taxes and Reality
It’s an easy scapegoat to hate paying taxes, yet they’re nonetheless vital for a complex society like ours to provide all of the services deemed representative of a first world nation. And with the threat of $18 trillion in debt hanging over our shoulders, it seems unrealistic to even talk about cutting taxes when there’s been no forward momentum towards reducing the national debt since the 1990s. The puzzle becomes even more complex when poverty and disparity in tax rates come into play, however the end reality seems to be in finding a way to both increase our income and decrease spending while at the same time not decimating the bottom 40% who literally don’t have anything left to give.

Simply put, this means higher taxes for those who can afford it.

Civil Rights, First and Always
There can be no compromise whether you’re gay or straight, black or white, Muslim or Christian – equal is equal is equal, and we must swiftly protest anyone who claims their right to discriminate is backed by another freedom. That’s not how freedom works and that’s not who we are as Americans.

Immigration Ignorance
Though controls and procedures are necessary to ensure our safety and security, we don’t have to be so arrogant and crude about them. It would benefit us all for those who are most critical of this issue to actually understand not only the screening processes already in place, but also the logistical challenges to closing the gaps that do exist. A lot of fear mongering and misinformation has been used to fuel aggressions against those who strive to come to our country, and that’s not the message intended when compared to what is inscribed at the base of the Statue of Liberty…

“Give me your tired, your poor, your huddled masses yearning to breathe free, the wretched refuse of your teeming shore. Send these, the homeless, tempest-tossed to me, I lift my lamp beside the golden door!”

Information & the Internet
As connected as we are as a society today, it’s almost hard to believe that an estimated 9 million Americans (3%) still rely on dial-up Internet access. Connectivity in the 21st century is akin to indoor plumbing in the 1800s – it should be ubiquitous and affordable to everyone because contrary to some beliefs, the Internet isn’t just about playing games and messing around with Facebook on company time. It represents access to an unprecedented volume of information, it’s how we apply for jobs and communicate with one another, how we share our passions and debate our differences. The Internet is commerce and it is the lifeblood of the digital age, and just like we treat access to water or electricity, it should be treated with a similar reverence.

All we can do is fight for the things that we believe in and we’re lucky enough to live in a country that allows us such freedom, so know what’s important to you and then live and breathe the change you want to see every single day.