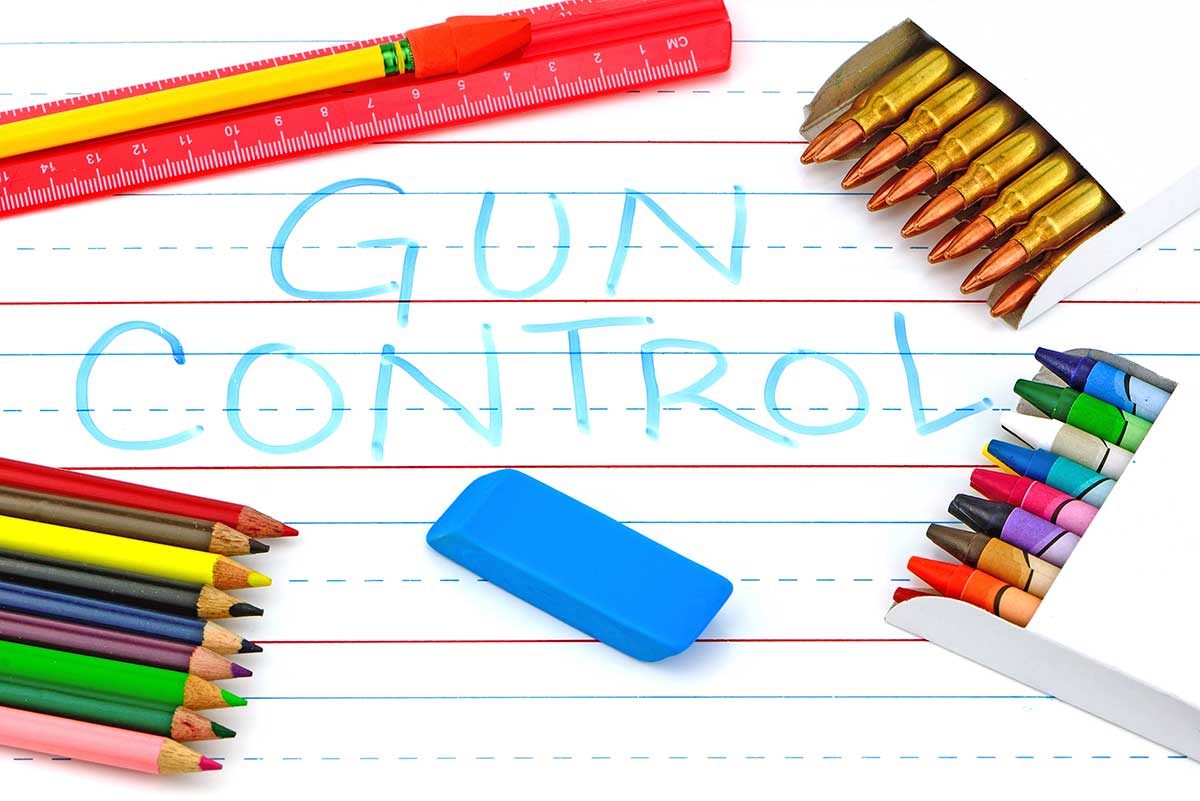 Yesterday 17 students and teachers were killed and 14 wounded in a shooting at Marjory Stoneman Douglas High School in Parkland, Florida.

Three weeks ago, 2 students were killed and another 19 wounded in a shooting at Marshall County High School in Benton, Kentucky.

Since the mass shooting at Columbine High School in Littleton, Colorado in 1999, at least 265 students, teachers, coaches, and school administrators have been killed and another 375 wounded on campuses across the United States.

No offense intended to anyone’s personal or religious beliefs, but all of your thoughts and prayers don’t seem to be working.

For a nation that cries out in pain every time school children are murdered in the places that we’ve designed specifically to nurture and help them grow, America hasn’t done a damn thing to actually address its mass shooting problem.

Although the number of gun-owning households has gradually declined, the Americans that do own guns hold them in record numbers – it’s said that there are 88 guns for every 100 citizens within our borders and 50% of our guns are owned by only 3% of Americans.

Since 1986, the number of firearms manufactured annually in the USA has more than tripled.

Gun advocates and the NRA and politicians supported by the NRA all regularly cite that guns aren’t the issue, though I really have my doubts.

I feel like dozens upon dozens of shot up elementary schools and middle schools and high schools later, we deserve to have some of the answers to this question by now.

Instead of offering their thoughts and prayers to the victims of tragedy after senseless tragedy, why aren’t our politicians giving us the answers to these questions that committees have stayed up late into the night researching and collecting data about?

Why aren’t gun makers and advocates and 2nd amendment defenders and the NRA reassuring the American people what new things they’ve identified that they can be doing to help guns from falling into the hands of people who wish to do harm to our sons and daughters between 3rd and 4th period??

Why aren’t we taking pages from every book that we can find – other countries that don’t face this type of horror in their daily lives, after school programs and summer camps to reinforce safety and the dangers of firearms, and ways that we can all be mindful of people who may be challenged so that we can steer them back on track long before they ever consider bringing a gun to school and unleashing their pent up aggressions upon their fellow classmates?!

Our children deserve so much better than this when we live in a country where teachers can’t even dedicate their full attention to teaching because they also have to worry about how to barricade their classrooms or when to fit in firearm training after grading papers so that they can be prepared to deal with an active shooter situation on their elementary school campuses.

Every side needs to stop seeing discussion around this issue as a personal attack to their livelihoods and instead consider the very real attacks that are happening across our nation every single time another shooting happens and we as a collective public do absolutely nothing but think and pray about it.

Maybe we need to reinforce mature ratings on movies and video games because they’re creating a culture that encourages gratuitous violence.

Maybe we need to offer parents more security and support at the workplace so that when they come home at the end of the day, they can focus on being parents instead of getting ready for a second or third job in order to pay the rent.

And if it turns out that a lot of bad guys with guns start out as good guys with guns, then maybe we need to have a difficult discussion about gun control, and reevaluate background checks, and honestly consider what’s working and what’s not working with access to guns themselves, too.

Because right now, nothing is working and a high school in south Florida is mourning the loss of 17 people because of our inaction.

If we can’t offer our own children the freedom to learn and grow up in our schools without the daily fear of being murdered while surrounded by their own friends and teachers, what kind of a country are we even living in anymore???