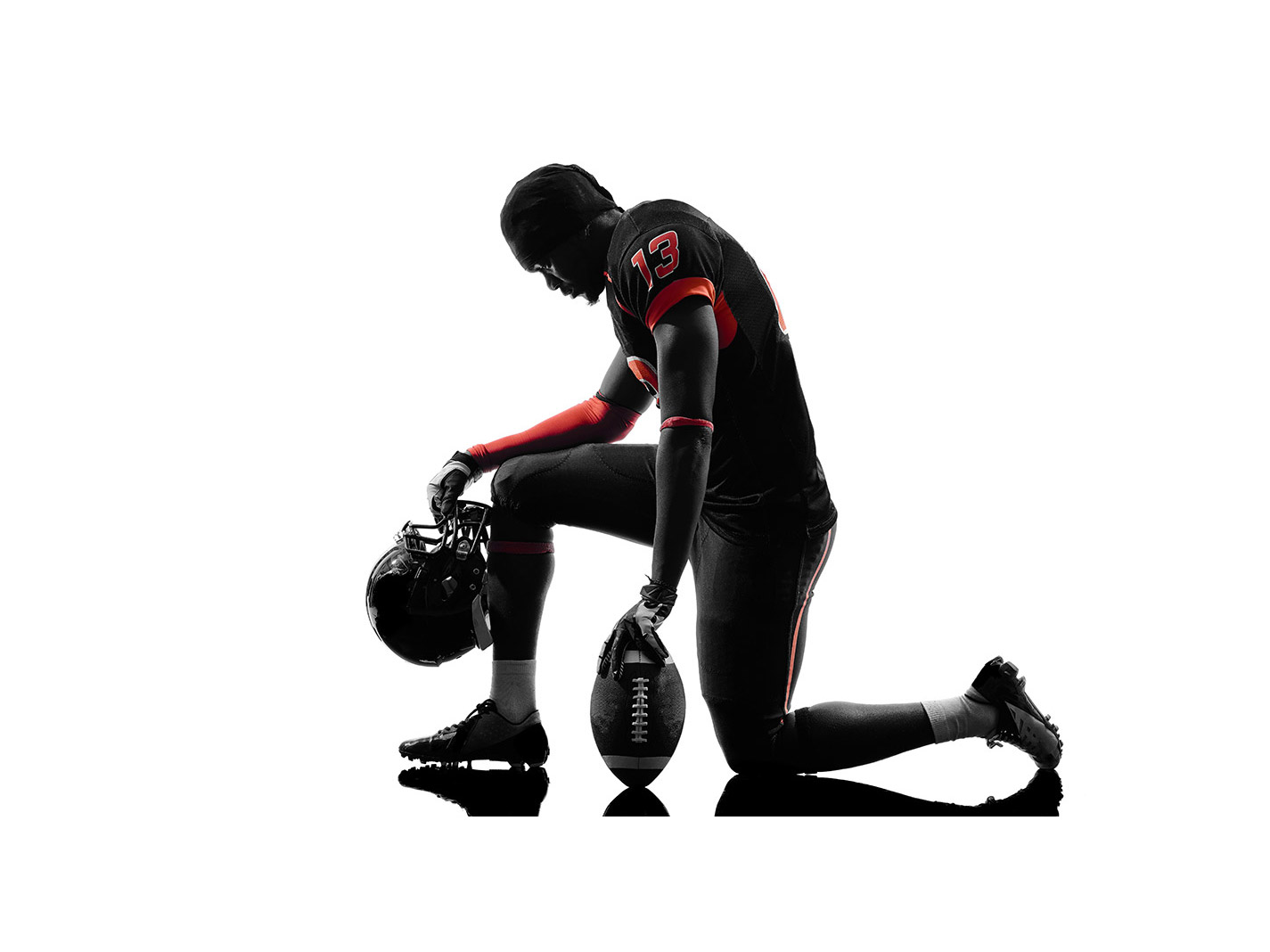 It’s Not Always About You

Over the last couple of days, everyone has been in a frenzy about NFL players taking a knee in protest during the national anthem that precedes their games…

“They’re being disrespectful to the troops who’ve given their lives for this country!”

“They should be more grateful that they live in a country where they can make millions of dollars playing football!”

They talk of these displays as being unpatriotic, and divisive to our nation, and even politicizing the sport by making it “anti-Trump” … except the truth of the matter is that none of those things are what San Francisco 49ers quarterback Colin Kaepernick has been protesting since he began first sitting and then kneeling during the national anthem last season, months before Donald Trump was even elected to office as president.

“I am not going to stand up to show pride in a flag for a country that oppresses black people and people of color. To me, this is bigger than football and it would be selfish on my part to look the other way. There are bodies in the street and people getting paid leave and getting away with murder.”
– Colin Kaepernick – August 26, 2016

But somehow instead of talking about the reality of institutional racism that African Americans continue to face across America as police officers are left unaccountable for new unarmed deaths all of the time, a common response to these protests has instead been a claim of them somehow being disrespectful – to the flag itself, to the troops, to the President … disrespectful to pretty much anything except the values that those colors are actually intended to represent.

This is profoundly sad because it seems that many are so misguided by their own patriotism that they’ve forgotten what America’s ideals truly are – simply put, it’s not about the stars and stripes themselves, but about the liberties and freedoms that make our banner worth fighting for in the first place.

If anything, they should be up in arms that America is not living up to its potential as some of its own citizens fear violence from the police in their everyday lives.

These protests are not about the flag, or patriotism, or a bizarre attempt to disparage those men and women who’ve fought to defend the United States of America. They never have been, and anyone who twists the narrative to support their own selfish delusions is only making it worse.

Just like whenever someone deflects the Black Lives Matter movement with the response that All Lives Matter, or when they suggest that black on black violence is a greater threat than police brutality, or even make the inane notion that everything would be fine “if they would just obey the police” – all of these excuses form a painful reminder of just how far we still have to come with race relations here in America because instead of listening to and offering up concern for a minority of our own citizens who fear for their lives, we get one excuse after another about why those fears are somehow invalid.

And that’s not what the land of the free is supposed to be about.

It’s no secret that talking about racism is uncomfortable because we’d like to think that we as a people are beyond it, and in a lot of ways we’ve made great strides … but just ask the families of Freddie Gray, or Eric Garner, or any of the hundreds of other unarmed black men and boys who were killed just in the last two years by law enforcement officials – 99% of whom never saw a conviction for their actions … we still have a long way to go.

What does that say about our progress when innocent people are being killed by those chosen to serve and protect, and instead of listening to their protests it’s all we can do to deflect to an alternate cause that just brings the focus back onto ourselves???

The American flag and our national anthem are symbols – albeit proud ones – but inanimate symbols nonetheless of our nation, chosen to represent all of the rights and liberties and freedoms held dear by actual people. These liberties include the right to peacefully protest, freedom of speech and of the press, and also the right to a public and impartial trial when suspected of a crime. And the black community is being deprived of all of them when others try to twist their concerns into a battle about patriotism and having respect for one’s country.

A country that owes them better than the disrespect that they’re seeing from their President in his crude calling for the job termination of those protesting, as well as from their friends and neighbors who are too selfish and afraid to face the stain of systemic racism head on that African Americans are paying with the lives of their brothers and sisters every year.

You have two options in this debate, and only two:

You’re welcome to have your own opinion, but hijacking someone else’s right to protest and turning it into your own egotistical scapegoat instead of opening an ear and listening to the rational fears of your fellow Americans is anything but patriotic.

So far this debate has shown us that many Americans put more value in a piece of cloth than the values that it was created to represent. If you disagree, maybe it’s time to stop deflecting and start listening.